A blast from the past - songs that were lost 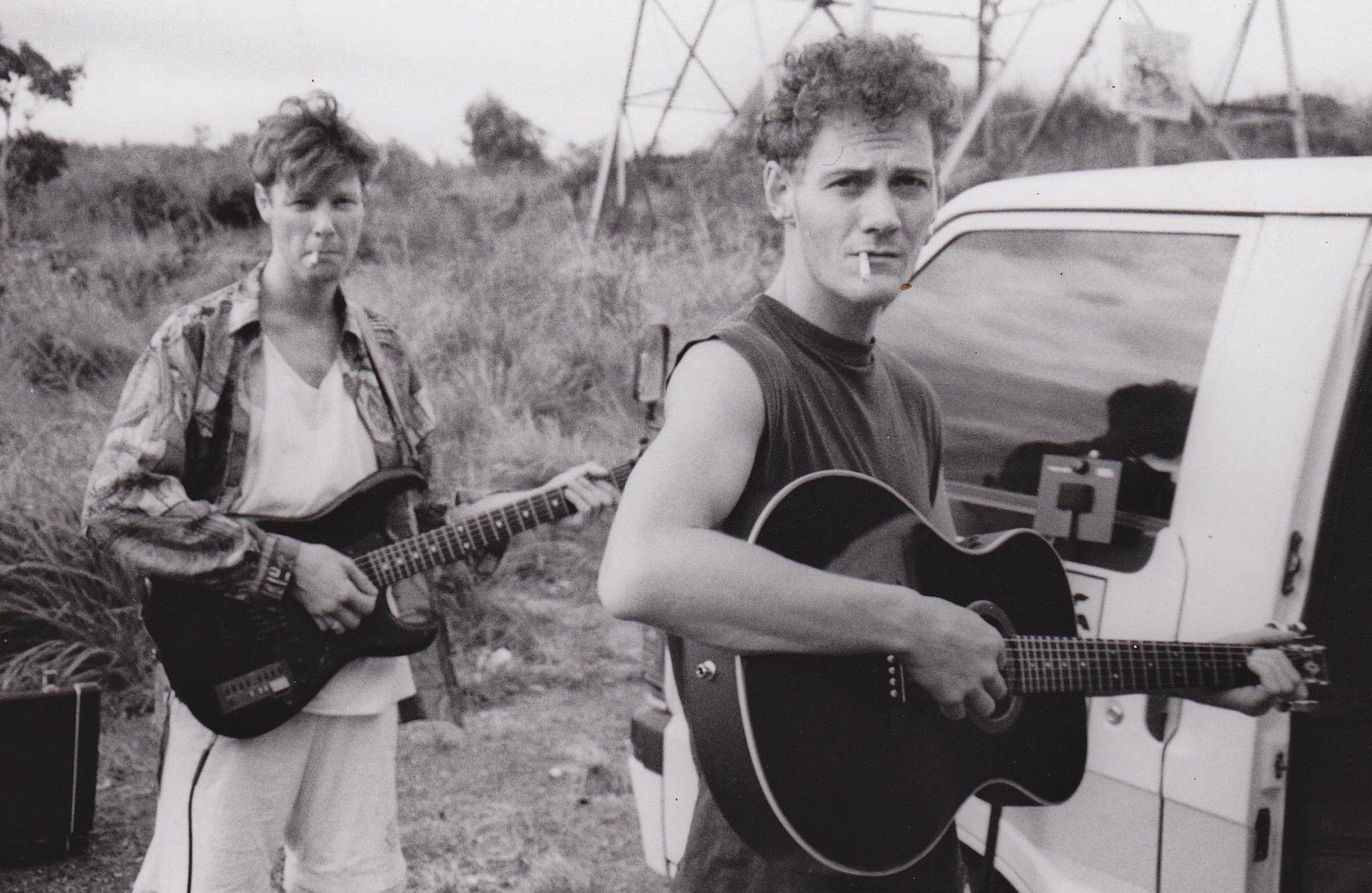 Going thru old recordings and digging out things from the past i stumbled across this old black and white photo. This photo was taken in Papua New Guinea where we did some pretty amazing recordings in Pacific Gold Studios. I think it was 1992.

Unfortunately, the recordings were later destroyed in a fire and we thought the songs were lost forever. About 20 years later suddenly out of nowhere a copy of the original recordings reappeared.
Turns out that somebody had saved a copy of the songs, a copy we didn’t  know existed.

Some of these songs will now be on the EP Song Out Of Nowhere, you could say it was meant to be.